Stanley Burr of Higganum, Connecticut has been working in the woods for forty-five years. “I started cutting firewood when I was 15 and just moved on from there” is how he sums up a career of almost half a century. His work has ranged from clearing land for development to preparing pastures for farmers to creating slash piles around clearing to keep deer out.

But recently, he says, “I’ve been doing a lot of wildlife clearings.” These days Connecticut is redressing the habitat needs of endangered fauna. Both state and federal programs provide information and funding to improve habitats for species such as the New England Cottontail. The current situation is especially challenging for grassland-dwelling species such as the bobolink that needs shrubby growth or the monarch butterfly that requires stands of Asclepias tuberosa, i.e. butterflyweed or related native species their caterpillars feed on. The forest regrowth throughout the state has significantly reduced grassland habitat.

An avid outdoorsman, Burr invited local children to come to his property on April 17 and to try their luck fishing his pond. “The Rod & Gun Club used to have a fishing derby,” he explained. “When they discontinued it, a friend and I decided to do it at the pond on my property.” The friend was Frank Ziobron, a school bus driver, who guaranteed a successful turnout by spreading the word about the event and who was solely responsible for collecting gifts cards from local businesses to give out as prizes.

This year, the Burr’s Pond event drew 50 children from 20 different families. For ten to twelve of them, it was the first time ever trying their luck with a rod. Burr stocked the pond with 100 fish before the event. And he saw to it that every child had the thrill of catching a fish.

There were also contests, such as a Dunkin’ Donuts gift certificate for a child who falls in. The girl who won it actually jumped in for the prize! Other children vied to catch the smallest fish. That turned out to be a 2 ¼” sunfish.

“It wasn’t a ton,” Burr concluded, “but word got out.” The result was a fun and successful day for the children who all caught something and an additional $150  for the Log-A-Load funds.

Stanley Burr is an Alternate now on the Connecticut Timber Producers Association Board. 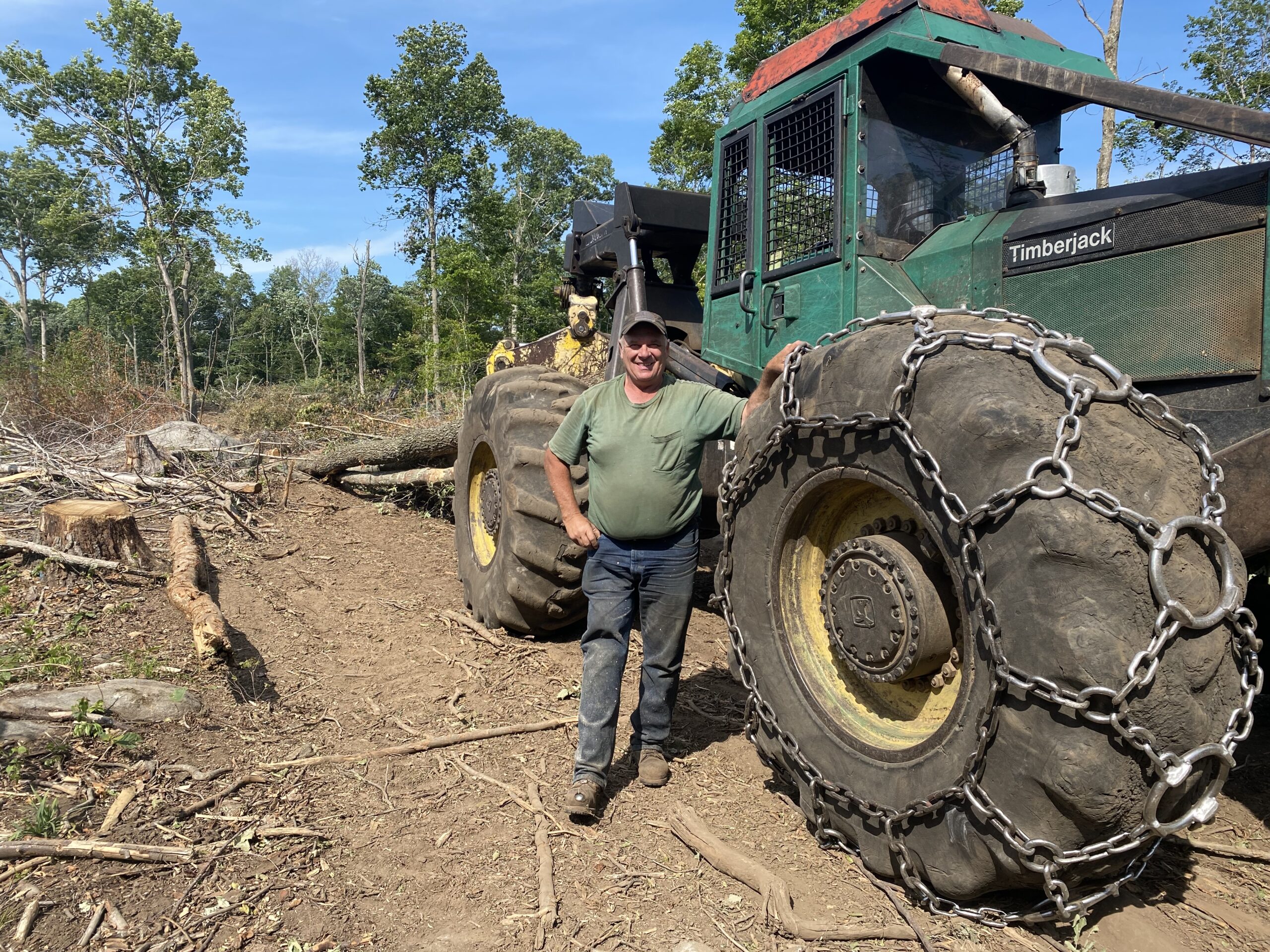